“I’m a good person”: this is the affirmation, bordering on justification, with which Jorgelino Vergara introduces himself to camera. As an adolescent, he was a ‘mocito’, a kind of office boy for the torturers of Pinochet’s secret police, the DINA, which operated during the dictatorship between 1974 and 1989. For years, the military tortured and killed thousands of the regime’s opponents, then leaving a large part of those responsible for these crimes unpunished or protected by silence. Jorgelino obeyed orders in one of the extermination centres and looked after the prisoners. His role as a domestic servant turned, without him really realising, into that of a guard, and he witnessed the most atrocious actions. Today, he prefers silence over denunciations. He has chosen to live in isolation and nomadism, cut off from society and close to nature. However, he agrees to confide in the camera and to come back to the scene of the crimes: so, we follow this troubled personality, forced to question our perspective and judgement. 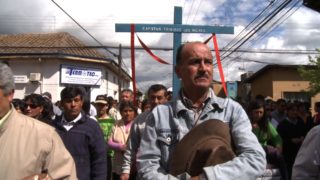 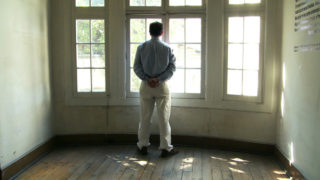 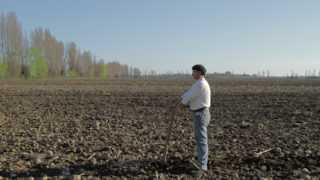