Photography appears here as a power- ful means of testifying to one of the most terrible periods in the history of Chile: the Pinochet dictatorship, which marked the years between 1973 and 1990. The images taken by a group of independ- ent photographers have become arms against oppression and censorship: the publication of photographs of demon- strations, of the violence of the corrupt police, of murders committed in secret and skilfully hidden from the public eye made a revolutionary movement into a reality. The creation, and passionate work, of the Association of Independent Photographers (AFI), consisting of ama- teur and professional photographers, led to an awareness of the unbear- able situation being suffered by the Chilean people. The impressive archive images and videos brought together by Sebastián Moreno—whose father was a member of the association—show that the work of these citizen-photographers represented an act of resistance and a hymn to liberty. Today, this film is both a precious document, and a reflection of the country’s history.
Jasmin Basic 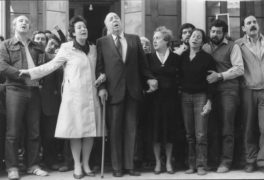 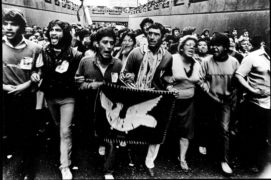