The streets of Santiago in the middle of the night, filled with crowds, the sounds of parties, flashing lights. It’s New Year’s Eve: men, women, children and old peo- ple gather together in town to celebrate the traditional transition from one year to the next. Three months earlier, Cristóbal Valenzuela spontaneously col- lected stories from ordinary and solitary men encountered in the street at night: they open up to the camera with candour and simplicity, sharing their memories consisting of happiness as well as sadness, alternating between pessimism and optimism. Filmed in black and white, the accounts of the people encountered turn into an Impressionist painting sprinkled with fragments of life that are both unique and anodyne, reminding us that the end of one period also marks the beginning of a new cycle. The fireworks that explode in the night sky seem to want to sweep away the past and spread the hope of a fresh start. 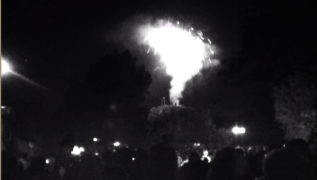 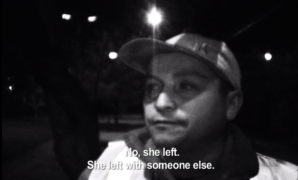