Thirteen dinners of a Chinese migrant worker’s family over the course of fourteen months. The film portrays a series of random occurrences. Joys, frustra- tions and the struggle for survival. The meals unfold in real-time through thirteen static, long takes. Each take captures with vivid detail the reality of the relationships between the different family members. As the seasons unfold, so does time and the echoes for better working conditions penetrate the frame. Issues such as the one-child-policy and the possibilities for better wages weigh heavily on the minds of the three-generation family. Thus, the room where the family gathers night after night becomes an observational microcosm of the transformations that the Chinese working class faces on a daily basis. By examining the lives of migrant workers, who left their rural hometowns to look for a better life in cities, the film creates a powerful and moving meditation on China’s economic boom and massive urbanization. Another Year is an extremely acute depiction of the complexities of the Chinese economy and society.
Giona A. Nazzaro 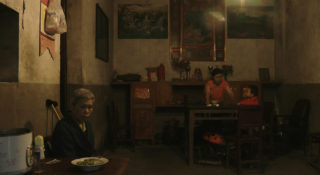 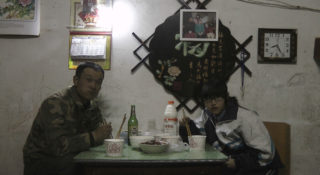