From 1942 until the end of the war, Brunhilde Pomsel worked as a stenographer for the Nazi regime’s minister for propaganda Joseph Goebbels. The last living witness to have known the machinery of Nazi power from the inside and now 104 years old, here she tells her story framed by a simple film device. Her face in close up brings the audience face to face with history, and with themselves. Her speech is at the centre, intercut with archive films which weave, through fragments, a web of the discourse in force in the 1930s. The editing respects the natural rhythm of the testimony, reproducing the hesitations and moments of reflection which speak volumes. For Brunhilde, who never took an interest in politics, embodies the vast majority of us all, those who simply seek to live their lives, despite everything. She is there to remind us that it is easy to judge one’s elders in light of the knowledge of the past, to imagine oneself as a hero of the resistance as long as we have not been put to the test. An indispensable warning, as dark clouds loom once more on the horizon. 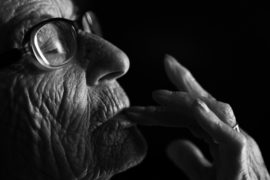 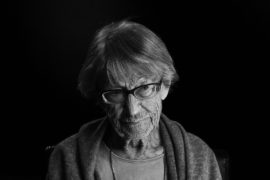