The island of Socotra, located off the coast of Somalia, was long a legendary territory and more recently a strategic place in international politics. The film, whose story unfolds in this land at the other end of the world, known in antiquity for sheltering phoenixes and Rocs (legendary birds of Arab mythology), recounts a trip made by the son of the last sultan of the island, who is heading towards the interior villages with his camel train. Around the fire, the nomads tell each other legendary stories that are transmitted from generation to generation… In this surprising film of ethnographical observation, the aesthetic choice of black and white not only takes us back to ancient times—when the legends were true and people kept them alive by believing in them—but also to the time of cinema’s first explorers, who would film their exotic “travelogues” so as to present them to audiences hungry for discovery. An introduction to a long-disappeared world, the film keeps the sense of an inaccessible mystery until its final image. 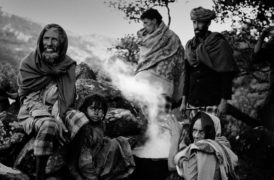 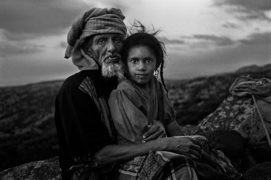