L’Esame di Xhodi (VdR 2008), the first feature-length film by Gianluca and Massimiliano De Serio, focused on the temporary residents of the Art Academy of Tirana. Those of the “Platz” don’t have much longer there: this space is none other than one of Europe’s largest shantytowns, crammed with a thousand Romanians and Italians living in appalling conditions, stuck between the banks of the River Stura and the Fiat Iveco industrial complex. The De Serio brothers live a few hundred metres away from Turin’s “urban abscess”, as the tech- nocrats like to call these relegation zones that are flourishing again in all four corners of the Old Continent. They filmed some families at the “Platz” during its final year of existence, up until its destruction by bulldozers, ordered by the municipality. River Memories is the behind-the-scenes chronicle of this disappearance, evolving in the chiaroscuro of an invisible town on borrowed time, a real labyrinth populated with complex humans whom the filmmakers never see as archetype figures, alas too often suffering, elsewhere, from an irrevocable exoticism.
Emmanuel Chicon 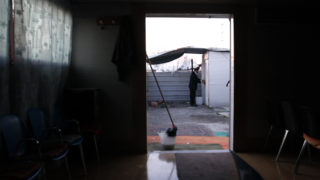 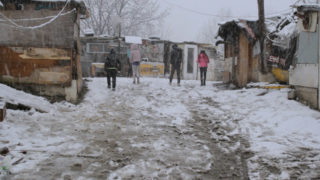