Deadlock is the second installment in the five-documentary film series dedicated to the Armenian diaspora by filmmaker Harutyun Khachatryan. The film’s main character is a longtime friend of the director. After having obtained a green card for the United States, he leaves his homeland to search for a brighter future in the land of the free and the brave. Unfortunately, the USA is not what it pretends to be through advertisement and pop culture. A world dominated by the rule of profit constantly crushes hopes and lives. Working in a car yard and barely scraping by the necessary to survive on a daily basis, he starts longing for his birthplace. Even though he yearns to go back to Armenia and works relentlessly and tirelessly, he cannot afford it. Deadlock is a painful musing on exile and disillusionment as well as a political inquiry into what it means to live in a capitalist country. Khachatryan’s approach is a deeply humanistic one and his sensitive observational way of filming allows the material to resonate and reverberate in all its poetic and political complexity.
Giona A. Nazzaro 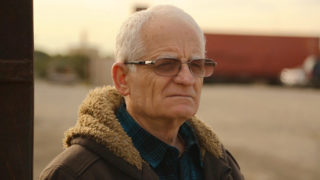