At the edge of Rome, at the mouth  of the Tiber, the small district of Idroscalo di Ostia juts right out over the sea. The women who live there, such as Franca and her daughters, bear its stories, with the natural force of the site, between wild realism and popular imagination. This sacred point becomes a theatre for the resistance of  a community that expresses its right to live there.

At the mouth of the Tiber, the small district of Idroscalo di Ostia juts right out over the sea, without any signs of town-planning, stuck between two bodies of water. The streets end in waste land splashed with sea spray and the makeshift homes are, to a great extent, open to the outside. The accounts that are woven in Punta Sacra are equally spontaneous and in touch with a vibrant reality. In 2010, half of the houses were destroyed and today there remain only a few hundred families, who are united and defending their right to stay there. The women who live on the “Sacred Point”, such as Franca, her daughters and her neighbours, bear its stories and proclaim their ideas with the natural force of the site, between wild realism and popular imagination. The filmmaker Francesca Mazzoleni has captured many stories here: scenes of children’s games on the seawall, fireworks at twilight, political discussions around a table… These scenes of talks and freedom take all their meaning thanks to a setting reinforced by drone shots and the rhythms of an original and striking score.
Madeline Robert 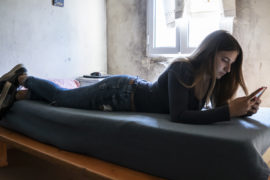 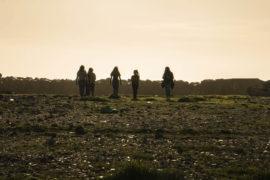 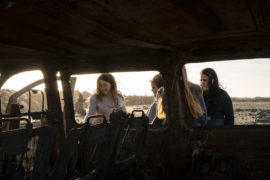 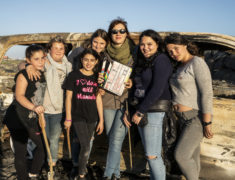 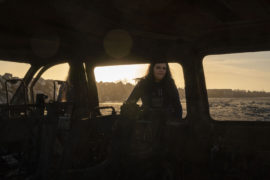