While Jorge left Venezuela as a child,  his father remained there. In a country that he struggles to recognise, the son is now directing a fictional film (La Fortaleza, Jorge Thielen Armand) about the troubled past of this genitor in the illegal goldmines of the Amazonian jungle. With determination, El Father Plays Himself draws a portrait of  a complex filial relationship and shifting power balance.

Although Jorge left Venezuela as a child, his father remained there. With time and at a distance, the son, now a filmmaker, devised a film to seize certain features of the history of his genitor, with a troubled past, in the illegal goldmines of the Amazonian jungle. So Jorge comes back to a country he struggles to recognise to shoot a fictional film (La Fortaleza, Jorge Thielen Armand) in which his father Roque will necessarily have the starring role: his own. Capturing the intricacies of a hopeless relationship, a certain perversity of the filming process as well as the ambivalence of father-son/fantasized father-demiurge son relations, Mo Scarpelli resolutely and sensitively draws a portrait of a shifting power balance, of an intimacy that starts to emerge, not without difficulty, and then sees itself drowned in alcohol when the first bottle of rum appears. Or how film sometimes succeeds—or is sometimes doomed to fail—in giving form to human beings and the love that inhabits them.
Emilie Bujès
Production
Manon Ardisson
Sales contact
Mo Scarpellimo@rakefilms.com+393493303952 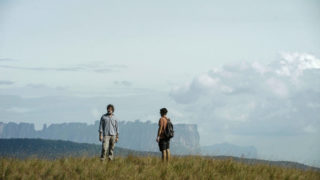 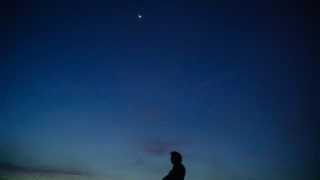