In Beirut, Syrian construction workers are building a skyscraper while at the same time their own houses at home are being shelled. The Lebanese war is over but the Syrian one still rages on. The workers are locked in the building site. They are not allowed to leave it after 19.00. The Lebanese government has imposed night-time curfews on the refugees. The only contact with the outside world for these Syrian workers is the hole through which they climb out in the morning to begin a new day of work. Cut off from their homeland, they gather at night around a small TV set to get the news from Syria. Tormented by anguish and anxiety, while suffering the deprivation of the most basic human and workers right, they keep hoping for a different life. After The  Immortal Sergeant, Ziad Khaltoum composes an excruciating essay on what it means to live in exile in a war-torn world with no possibilities to return home. Precise camera framing, unorthodox editing, and dreamlike narrative detours are the trademarks of a daring, imaginative and visually challenging cinematographic work. 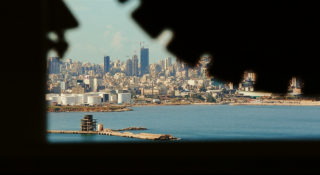 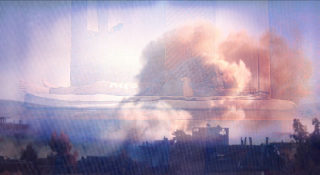 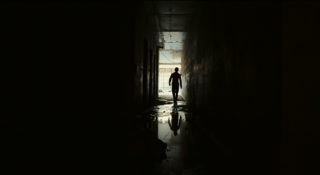