Easter Island is the second-most remote island from a continent in the world, after the Tristan da Cunha archipelago. It is located in the Pacific Ocean 3,601 kilometres away from Chile (of which it is part), inhabited for centuries by a population of Polynesian origin (for whom its name is Rapa-Nui). Exploited by European colonisers from the 18th century onwards, visited by archaeologists, anthropologists and tourists attracted by the moai, the large tuff statues that people its coastlines, and filmed thousands of times, it has a stable population and an administration that manages the existence of the community, including justice. The presence, on this isolated territory from which escape is difficult, of a prison, even if it is a building without walls, is therefore a bizarre paradox... By mixing images from every kind of source (amateurs, explorers, adventurous filmmakers, etc.) with her own images, the director follows the prisoners and guards of this prison with a certain sympathy and plunges the spectator into a situation in which time seems to have stopped. 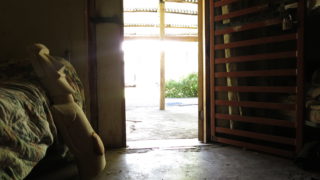 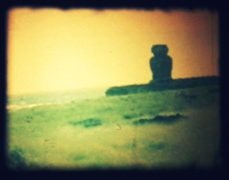