Mahmud, aged 29, was part of the rebel movements that fought against Bachar el-Assad’s regime before seeing the rise in power of the Islamic State and then also fighting them. But after ISIS attacked towns with toxic gas, he chose to leave the country with his wife Fatima and his three children Rayyan, Bayan and Ammar.
The camera stays as close as possible to its protagonists, going with Mahmud into the trenches before following him during his long journey from Syria to Switzerland with his family. During the dangerous crossing in an inflatable boat from Turkey to the Greek coast, then on the “Balkan route”, the filmed material is completed by the images captured by Mahmud with the help of his mobile phone. In a ‘mise en abîme’, his images are then commentated on by the direc- tor Kurt Pelda and by Mahmud, Fatima and their three children thereby intersecting the voices of the external observer and the subjects concerned. The film thus reflects the route fraught with pitfalls of those who are fleeing war in order to find refuge and, in passing, gives a face to these anonymous thousands too often reduced to statistics.
Mourad Moussa 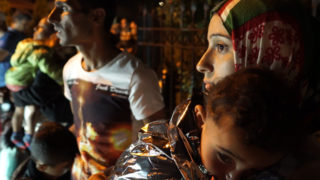 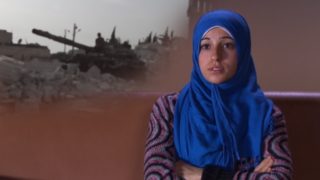