Riace is a small village in Calabria. Once there were warriors roaming the land. Today it is a safe haven for refugees. A small community and its idea of utopia in the heart of a growing segregationist Europa. The mayor decided long ago to give the empty flats and houses to the people in dire need of a roof over their head regardless of their origins or skin colour. Thus, the community of Riace became one of the very first to receive refugees adequately and shelter them as human beings and not just as statis- tical numbers of a global catastrophe. Election time looms again though in Riace. The opposition wants to get rid of the leftist mayor. Now it is up to the population to stand up for the results achieved by the community. While carefully observing how people of different backgrounds work together to create new surroundings and values, the filmmakers provide an irrefutable answer to those politicians who preach hatred, racism and segregation. As in a neorealist tale by Vittorio De Sica, the village and the people of Riace become the beacon of hope for a better future.
Giona A. Nazzaro 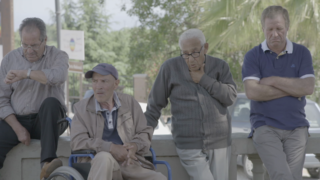