In the forests of Borneo, Iber Djamal has been fighting for decades against the large-scale deforestation around his village. But he is now aged 77 and, despite his unwavering devotion, the fight is becoming increasingly illusory in the face of the voracity of these agro-industry monsters. An ecological and tragically universal fable.

On the island of Borneo, Iber Djamal is one of the wise men of a small native community, located in the heart of the Barasak ancestral forest. He has been fighting for decades to preserve the ecosystem in which the village lives in harmony. Since the 1990s and the implementation of the Mega Rice Project, a large-scale palm oil crop programme, the primary forest has quickly gone up in smoke due to the voracity of the food industry. Arfan Sabran films the fight of this devoted 77-year-old man as he attempts to save what remains of his environment by way of legal action and rallying his community. It is urgent that he be able to guarantee the preservation of their way of life and their livelihood for his children and his grandchildren. He can still put out the flames with his bare hands, but his age, the resignation of his loved ones and the weight of the enemy make the struggle increasingly illusory. Arfan Sabran delivers an ecological fable that is as urgent as it is tragically universal. 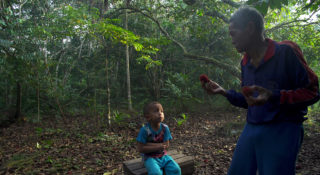 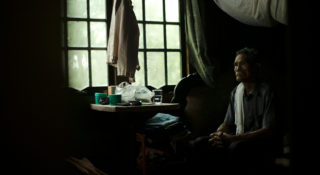