Sonja Vujanović, 97 years old, anti-fascist and resistance fighter in Auschwitz, was the first Serbian partisan. Marta Popivoda and her partner record her words and landscapes
that make them resonate. The story is then gradually embodied in that of this couple of activists facing the new European populisms.

Sonja Vujanović, 97 years old, was an anti-fascist fighter and the first Serbian partisan, interned in the camps of Auschwitz, then Ravensbrück. Marta Popivoda and her partner Ana Vujanović (Sonja’s granddaughter) have been filming her in Belgrade for 14 years, recording the tumultuous account of a woman at war. Landscapes are delicately overlayed onto her voice, making it resonate, from the past and from the present. The militancy of the elder woman gradually comes to recall another, that of the couple, who have fled Serbia and its “rampant capitalism on the outskirts of Europe, homophobia and populism.” Two anti-fascist resistance fighters in a new century where the struggle seems more necessary than ever. The handover takes place over the film, the resistance speech of Sonja begins to be personified within the places and bodies of the two women. They thus create not only a cinematographic memorial but, above all, a “partisan film” for the not-so distant future, through a refusal to remain silent. And there are still poppies in the fields of wheat, to bear witness to the blood spilled in the last century. 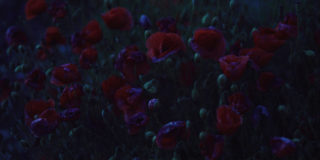 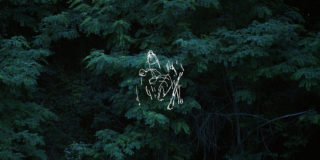