The title alludes to a quote attributed to the legendary filmmaker Raoul Walsh. Obsessed by it, a film professor wishes to investigate its origin. From this wonderful idea, Nicolás Zukerfeld pays tribute to the golden age of Hollywood and invents a filmic structure that will delight all film fans.

The title alludes to a quote attributed to legendary filmmaker Raoul Walsh. A film professor is obsessed by it and wishes to investigate its origin. In the first part, the film puts the American filmmaker’s statement to the test, before a series of excerpts from his filmography unfold. Whether they be scenes on horseback, gunfights or even shots of protagonists coming into frame, Nicolás Zukerfeld insists on a repetition effect which begs the question: what defines traditional cinema? The second chapter offers a partial answer, before focusing on how Walsh’s expression has circulated in historiography. At which point begins a research that is as serious as it is fun, taking us on a journey from one country and one journal to another, elucidating how critics and historian appropriated the phrase for themselves to better illustrate their message. Referring back as much to the golden age of Hollywood as to the rich debates that resulted from it, There Are Not Thirty-Six Ways of Showing a Man Getting on a Horse is an homage that will delight cinephiles. 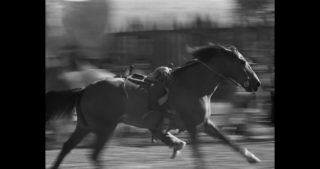 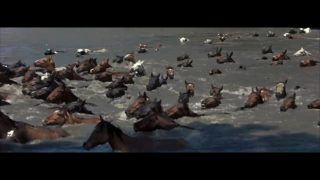