In a beautiful meditation on time and work, the film presents Joaquim Calçada, who looks like a Portuguese Elvis Presley on the verge of retirement. While contemplating his working life, he recalls his days as a chauffeur in the USA, where he drove for Jackie Kennedy and Muhammad Alí among others.

In Tempo Comum (2018), Susana Nobre showed signs of a deep and harmonious eye, able to take a series of fragments from reality in order to turn them into cinema and reintegrate them into another form. In Jack’s Ride, she adjusts that same procedure in which the reflection around time and daily life acquires relevance again. If time was given by the kind of general standby that occurs before the birth of a child in her previous films, in this case the main protagonist, Joaquim Calçada, seems to enter a phase of temporary suspension in the months prior to his retirement. This subtraction from the world of labour allows him to remember his beginnings as a mechanic apprentice for a Portuguese airline as well as the reasons for his departure to the USA. Thus, accompanied by beautiful music and photography, he recalls the days in America when he drove for Jackie Kennedy and Muhammad Ali, participated in a crime and probably acquired his Elvis Presley exterior, which he might never abandon. 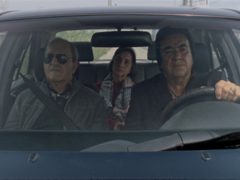 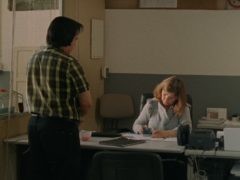