When two workers remove the fences that separate the director’s house from his neighbour, an unexpected series of events will raise questions about hospitality, altruism, fear and love. Often unexpected, sometimes funny and always thought-provoking, The Filmmaker’s House exposes in a nutshell how we relate to our fellow human beings.

Marc Isaacs’ producer is the bearer of bad news: if they want to finance a project, they will need to make a film featuring sex, blood or, even better, both. However, the director starts to do the exact opposite: a film about ordinary people. Michael, a homeless guy from Slovakia, Keith, a British worker, Zara, a pious Pakistani woman and Nery, a Colombian housekeeper make up the project’s cast. They will spend their days together in the filmmaker’s house playing with a script that slowly reveals itself from behind a documentary facade... What does it mean nowadays to be a filmmaker? Is it still possible to defend creative independence in a system that strongly tends to create standards and patterns? Are we able to accept someone or something different from us in our space? In a witty humorous tone, Marc Isaacs directs a piece in which creative freedom feeds into a questioning of the status of our society, in which inclusion is at the centre of every discourse but never realized. In a time when culture and arts seem to be disposable goods, The Filmmaker’s House is a refreshing meditation on the importance of cinema in resisting homogeneity. 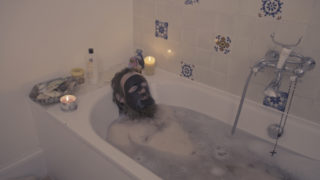 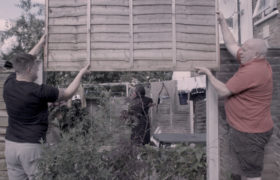