During the Syrian civil war, the district of Yarmouk, home to thousands of Palestinians, became the scene of dramatic and ferocious fighting. Little Palestine (Diary of a Siege) is a film that follows the destiny of civilians during the brutal sieges, imposed by the Syrian regime, that took place in the wake of the battles. With his camera, Abdallah Al-Khatib composes a love song to a place that proudly resists the atrocities of war.

Built after 1948 on the outskirts of Damascus, Yarmouk is a Palestinian refugee camp that has expanded over the years to become one of the capital’s districts. During the Syrian civil war, Yarmouk was the theatre of dramatic clashes between the Free Syrian Army and Bashar al-Assad's troops. As a result of the conflict, the camp was besieged by State army and the remaining population abandoned to their fate. Abdallah Al-Khatib, born and raised in Yarmouk, grabbed his camera to film the camp’s daily life before being driven out when Daesh overtook the city. His images and words document a city’s fierce resistance against the greatest of all enemies: isolation and hunger. The director films his people with love and commitment, portraying dignity over desperation and solidarity over defeat. The images shot by Abdallah Al-Khatib are a monument to the resilience of a people who seem to caught up in an ever-repeating tragedy. Shot over a period of more than 4 years, Little Palestine (Diary of a Siege) is a precious testimony of a reality forgotten by our news channels. 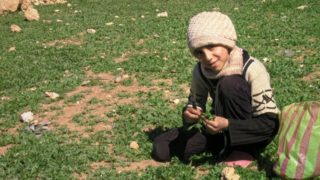 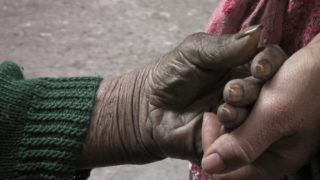