As the permafrost melts in the heart of the Siberian tundra, revealing the remains of mammoths, the disappearance of the last wild reindeer has turned it into a mythical creature. In a poetic and enthralling story, at the limits of science fiction, the dreams of a child join the obsessional hope of a scientist to one day clone extinct species.
Presented in Co-World Permiere with CPH:DOX

The earth is melting in the heart of the Siberian tundra. Like in a story of initiation, young Kymm, accompanied by his older brother, sets off on a fantastic adventure in search of the last wild reindeer. His journey, punctuated with fascinating legends and ancient tales, reveals a landscape in a state of flux. Like the reindeer, the prospectors have been gone for decades, making way for mammoth bones diggers. Among them is Semyon, a scientist obsessed with finding the DNA of these mammals that disappeared in the thawing permafrost. The child’s enthusiasm for this new world contrasts with that of the scientist, who cannot hide his concern and sadness over this changing environment. From these paradoxical and contradictory visions, Liesbeth De Ceulaer constructs a superbly visualised and exceptional human adventure. Highlighting the strained relationship between humans and their environment, the director creates a poetic reflection on the future of our planet. 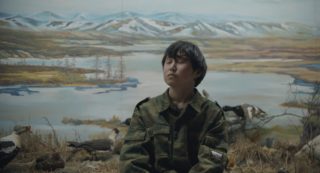 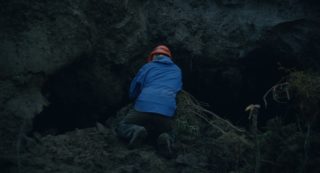