A highly respected filmmaker, well-known at Visions du Réel, Avi Mograbi has relentlessly dealt with the Israeli-Palestinian conflict in his work. In the form of a sarcastic and sombre military occupation manual, he looks over and denounces this 54-year history through the testimonies of veteran soldiers having served in the Israeli army. Muffled anger, in the face of what can no longer be ignored.

For 54 years, millions of Palestinians have lived in the occupied territories under Israeli military rule. Avi Mograbi, a highly regarded filmmaker, well-known at Visions du Réel and who has tirelessly dealt with justice in the Middle East, seems compelled—in spite of himself—to continue his work. He delves into this history in the form of a military occupation manual, drawing on testimonies gathered by Breaking the Silence—an organisation of Israeli army veterans intent on exposing the reality of life in the occupied territories to the Israeli public. With a simple and meticulous set-up, the contributions of Avi Mograbi who like a sarcastic teacher narrates the various strategies of the occupation, alternate with the tales of the repentant soldiers, recounting in an almost technical manner the methods and practices of daily operations, part of the routine of occupation. The tone seems to remain neutral, pragmatic and sober. However, as the film unfolds, a visceral anger sets in and swells, fuelled by sorrow, and with it, undoubtedly, a broader reflection on humanity. 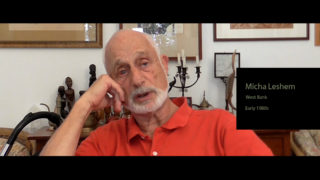