1970. Striking workers in certain cities in communist Poland demonstrate against price increases. In the dignitaries’ offices, tension grows as the revolt intensifies. After An Ordinary Country (VdR 2020, Jury Prize) Tomasz Wolski once again delves into the archives and invents a visual solution that is as fertile as it is gripping to appropriately bring to life the decision-maker’s telephone recordings: characters created on a 1:6 scale and animated in stop motion produce a troubling incarnation, somewhere between realist moving photography and strange puppets. While events are initially dealt with calmly in the hope of quickly regaining control, the situation gradually degenerates. Choosing to adopt the point of view of the politicians and the military, the filmmaker translates the way in which the violent repression quickly manifests itself, while the militias take up arms and cause the first casualties. Tomasz Wolski transforms a sordid in camera into a precise and prodigious film. 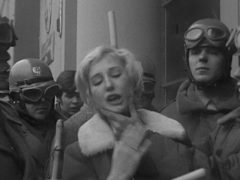 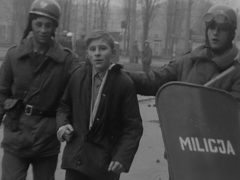 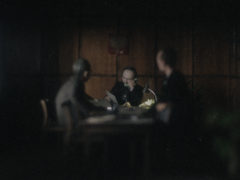