Om El Khir is a real fighter. Her husband has disappeared. One morning, he left on a boat for Europe and she has since received no evidence on whether he is dead or alive. Alone with her three children, in her empty and white apartment in the surroundings of Tunis, she bravely takes charge of a day-to-day life changed forever by the absence of her husband. But Om El Khir does not give up. Alongside 503 other Tunisian women (mainly the mothers of the disappeared), she is in search for the truth, fighting so that these men do not fall into oblivion and rallying for justice to be done. The account of Om El Khir’s story by Ester Sparatore oscillates between her private life and her fight alongside the other women, two aspects of her life that have become interdependent. By constantly staying as close as possible to this dramatic figure, the filmmaker documents the birth of a new problematic and political space of protest. The story of these Tunisian women, present-day Antigone, shifts our perspective and reveals that the disappeared are now the victims of a Europe that has become a fortress. 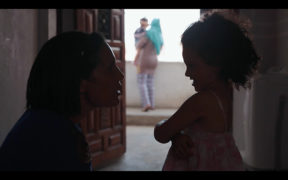 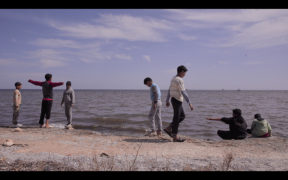 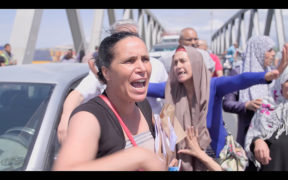