Beyond the Arctic Circle, the town of Kiruna, in Sweden, must relocate: the iron mine over which it was built is threatening to swallow it up. To continue the mine’s activity, it has been decided to move the town by three kilometres. From this astounding starting point, Greta Stocklassa creates a subtle film around three protagonists who must also re-build their identity: a high school girl rediscovers her Sami roots, a young Yemeni refugee hopes to obtain asylum, a nostalgic teacher struggles to accept the upcoming destruction of his town. A fissure in the town hall’s main lobby is a reminder that its days are numbered. Patterns thus gradually appear, sketching out the unavoidable destiny of the site, sound-tracked by the church's organ—one of the only buildings that will actually be relocated and not destroyed. Like the mine, the underground giant hidden beneath the inhabitants’ feet, the film digs patiently, with precision and determination, discreetly weakening the fine organisation of the authorities and the smooth public consensus that is entirely oriented towards the dream of a more beautiful and modern town. 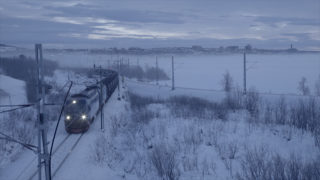 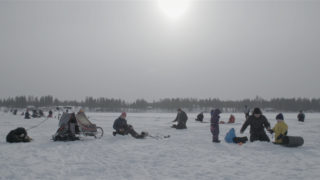