Laosan stares at the lush vegetation that surrounds the village of the Akha­–an ethnic group from China–where he lives with his family in the north of Laos. Is he thinking about the centennial legend that will determine his downfall and that of his people? It is said that an Emperor’s daughter remained a virgin until the end of her life because her beauty intimidated men. On her grave, a flower grew between her breasts, bearing a fruit from which a nectar seeped. By smoking it, you forget everything about love, as it heals pain and even puts you to sleep: opium. The Laotian government wants to make it illegal to cultivate the plant that allows the Akha to subsist, whilst trapping them into addiction. Nicolas Graux spent a year filming those close to Laosan, scrutinising without judging the dereliction of these men who are “cursed” by the princess in the story. But Century of Smokeis above all a social chronicle that reveals the endurance of women, carrying out an ordinary fight to survive in the shadows, before the world to which they are attached–literally and figuratively–disappears in a cloud of opium smoke. 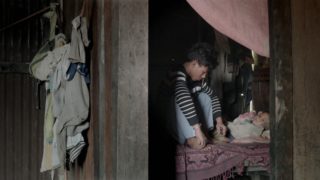 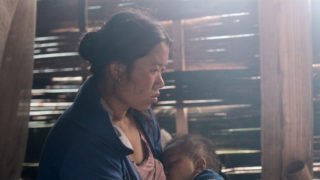