In the hazy peace of the heathland in the early morning, Stijn leads his flock of sheep. With a determined blue-eyed gaze and the appearance of a lonesome cowboy, he is one of the last traditional shepherds in the Netherlands. Paradoxically, he preserves this simple existence at the cost of a fierce struggle, year after year—against mechanisation, competition, lower subsidies and administrative hurdles. When he loses his main grazing contract, the situation becomes desperate. But the heroic shepherd is not the kind to give in. A free man attached to his ideals in a world dominated by market laws, he is unwillingly transformed into a modern entrepreneur, taking not only his wife and sons with him, but also his parents and some disciples devoted to his cause. He thus becomes an events planner, a restaurateur, he speaks on the radio and even finds himself on a television set with one of his sheep. The shepherd has become a showman. At the risk of losing himself? This permanent state of struggle, which gradually sees the resistance against something stronger than him turn into an internal fight, is what the film endeavours to make us experience. 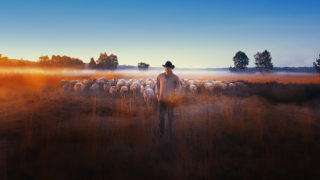 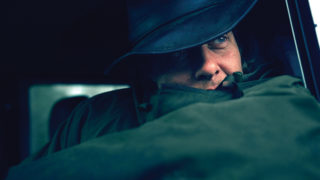