In Costa Rica, Panchita has just turned 109 and hopes for a visit from two of her children: Pablo, 93 years old, and Calixto, 88 years old. Sarita, who is 93, has no hesitation in confessing her love for Denis, a young policeman. Pachito’s daughter, fearing that something may happen to her 98-year-old father, tries to prohibit him from continuing horse-riding. In Sardinia, for his 93rd birthday, Adolfo wants to fulfil his dream of flying a plane. In Okinawa, Tomi, 93 years old, cannot recover from the death of her first son. Her friend Haru, who is 98, encourages her to return to the pop group formed of the island’s grandmothers. Hence it is possible to live to be over 100, be fit and still enjoy life! Victor Cruz sets out to meet several centenarians all over the world, to tell us about their daily lives, their dreams and their enthusiasm for everything around them, convinced that age only resides in the mind. With extreme tenderness, the director films these young centenarians to make an exciting film about passion for life. 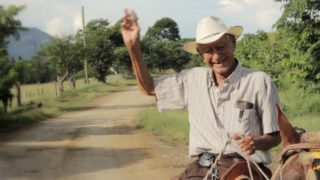 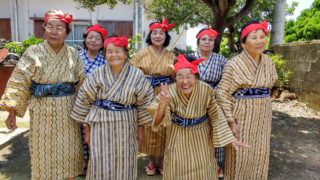