When the Taliban put a price on his head, the Afghan director Hassan Fazili, his wife and their two daughters are forced to flee their country. What was their crime? Opening a café that offered cultural activities. First refugees in Tajikistan, the impossibility of gaining asylum pushes them to hit the road again, this time for Europe. Thus begins an uncertain and dangerous journey that puts them at the mercy of smugglers. Over three years, Hassan Fazili films his family and their life of waiting, of fear, of boredom. A filmmaker with no camera other than his mobile phone, he films the daily struggle that their existence has become, his daughters who are growing up in transit camps, and the love that unites them. He films so as not to be forgotten. He films so as not to go mad. With rare intensity,Midnight Travelershares with us this imperious desire to create, even in the worst conditions. For our eyes sadly accustomed to images of migrants, the film is not only a deeply moving family odyssey, but also a reflection on the nature and the power of these images. 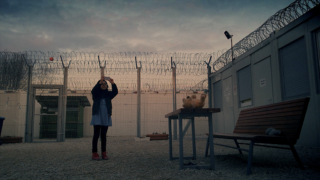 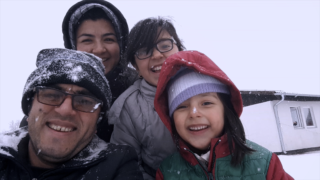