When the junior ice hockey team from the small town of Náchod, in the Czech Republic, sets off in a bus to Morocco to play the away game in an exchange programme, the players and their coach expect an easy victory and a cultural shock: “bring ear plugs”, the coach suggests them with a touch of undisguised condescendence, so as not to hear the call to prayer early in the morning. Both on and off the ice, Rozálie Kohoutová and Tomáš Bojar’s camera focuses on a few teenagers and their exchanges, simultaneously funny and cruel, in a clumsy English. A few months later, the Moroccan team travels in the opposite direction to come and play the return game. The teenage egos blaze, the competition exacerbates tensions and the film remains faithful to its astute, firm stance: to observe, at teenage level, national pride, at times grazed with hockey stick blows and casual conversations in the bus. It’s up to everyone, then, as an unexpected epilogue will remind us, to clarify the reality of today’s Europe. 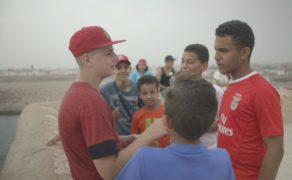 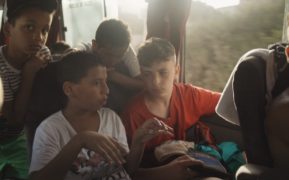