“Four unaligned rows, 37 faces turned towards the camera lens. Autumn 1958, a family of Breton peasants in their Sunday best, gathered around the eldest. Smartly dressed for the photo. A modest living honestly earned by laborious work”. This is what the narrator proclaims at the beginning of the film, leading us to see things through his eyes. The photo, taken on the occasion of the golden wedding anniversary of the director’s grandparents, is the catalyst of Ordinary Landscape and the symbol of a way of life that is now gone. A thread is created between 1958 and 2018, starting with a territory, a space whose evolution is linked to the earth and working it. From there, the film unfurls and seeks to reconstitute a shared memory. Through words at first, from testimonies of peasants who became farmers and then agricultural entrepreneurs, harvested in fragments. Then through images, thanks to a floating camera, which roams the locations in search of something. A trace? A memory? In what ways are we anchored to the earth, when the rural environment is no longer a landscape that is inhabited but merely one that is crossed? 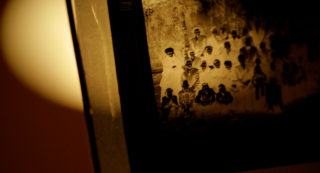 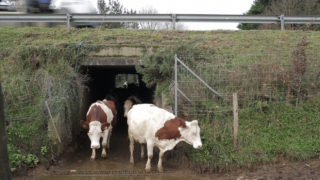