A. is obsessed with his image. Like a post-modern Narcissus, he projects himself in the endless choices that social media devices offer him. Riccardo Giacconi creates a disquieting film about a teenager who gets lost in the maze of the never-ending reproductions of his Dorian Grayesque portrait. Taking to new and yet unexplored extremes, the fixation with the digital screens in their many guises, the film works like an almost endless fall – without any kind of parachute – through the network of images hidden behind and inside other images. In this recorded maelstrom of all the possibilities of A.'s past, fragments of his former existence float and circle from screen to screen. Giacconi offers the ultimate depiction of what it means when the image absorbs itself completely and throws out the rest of the world. A visionary and experimental essay, that can be perceived as well as the most accurate portrait of a generation that has become devoid of an image while basking in the glow of all the possible ones. The definitive commentary on Andy Warhol’s “fifteen minutes of fame” maxim. 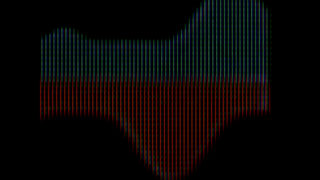