In Geneva’s neighbourhood of Les Vernets, surrounding the military barracks, À l’intérieur tells the story of the place and its individual destinies. Wishing to question the nature of the day-to-day, Sabine Bally invites her protagonists to focus on their interiors. Collecting a series of domestic chronicles, the film depicts the household as a matrix of all life stories.

In the neighbourhood surrounding the military barracks in Les Vernets in Geneva, between the past and the present, À l’intérieur tells the story of the place and its individual destinies. Wishing to go beyond the simplicity that daily life can prompt, Sabine Bally visits many apartments, thus giving a glimpse of the heterogeneous composition of the population. Encouraging the protagonists to focus on their deepest interiors, the filmmaker seeks to capture the nature of the relationship with domestic space. Both a physical and mental space, the household is thus depicted as the fundamental place that makes existence possible. In order to compose a whole that appears as complete as possible, the film is constructed like a series of domestic chronicles. Thus, through each testimony, each spectator will have the freedom to draw their own representation of the district. Never closed in on itself, À l’intérieur constantly opens up to others to tell the story of singular intimacies as much as the micro-history of a city. 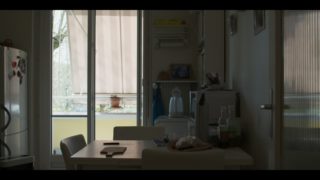 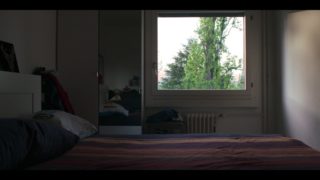