Nathalie cannot cope with her son Gobran, who is having difficulties with the police and at school. Together, they go to see Naïma Serroukh, instigator and facilitator of the project called Tasamouh, a term from the Koran that designates tolerance, reconciliation and forgiveness. A Moroccan legal practitioner based in Bienne for 20 years and an independent Muslim woman, Naïma believes in dialogue to prevent among other things religious extremism—what we now call “radicalisation”. In direct cinema,Naïma draws a modest and moving portrait of this “Mother Courage” who listens, educates, reassures and nurtures a social bond which has to be constantly consolidated, just like the weakened teenagers like Gobran. Tamara Milosevic films the commitment of this tireless everyday heroine who intends to shake up the entrenched prejudices on both sides of the community she belongs to, by undertaking what she calls a “normal social action”. In other words, rid of any, at times cumbersome, reference to a religion that, more than ever, arouses mistrust and rejection. 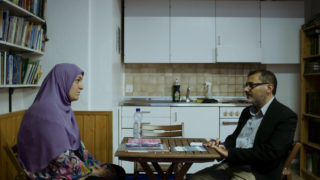 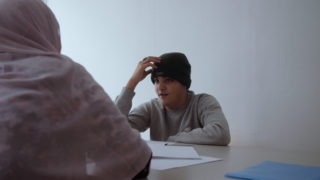 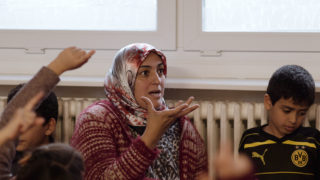