We enter the film, like we access Gorgona, by the sea. A rock bristling with greenery, surrounded by the dark blue waves of the Mediterranean. On this small island between Tuscany and Corsica, there is an agricultural penal colony. The prisoners held there are free to move around, working the vines, the small pig farm or the vegetable garden surrounding the prison buildings. Here, the relationship to nature is particular and undoubtedly redeeming. Aurelio Buchwalder had already filmed this original relationship, focusing on that of humans with the waters of the River Po in his short film Driftage (VdR 2016). This time, his camera seeks to capture that by filming the island’s landscape, simultaneously savage and soothing, in a hazy and soft light. This is the setting, the ideal backdrop for reflection, that he chose to begin a dialogue with the “island’s inhabitants”: the prisoners but also the supervisory staff appear before the camera, reading verse, evoking moments from their tumultuous past with hindsight, or accurately expressing their relationship with isolation. 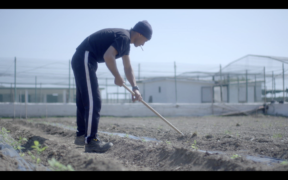 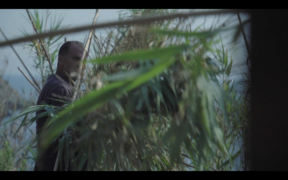 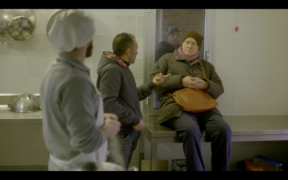