While the wives are toiling away in the kitchen, we hear this dialogue, out-of-shot:

-We must talk about Perestroika now.

- The story of a simple man who had hopes...

- That’s one opinion... But we must finish this film!

Six people, four men and two women, gathered around a table, in search of a shared story over the course of a meal. Over perojki and Plombir ice-cream (the equivalent of a Proustian madeleine), without forgetting the glasses of vodka, all reminisce about their childhood in the Soviet Union. They have been “united”, received the same education, a Soviet one, but are natives, now, of six different countries. And wonder if they still talk the same “language”. Like a dining companion specially invited for the occasion, the fluid camera of Eileen Hofer (Horizontes, VdR 2016) films this Salade russe that is skilfully composed of memories, of melancholy, of verbal jousts and of laughter. The filmmaker captures faces-landscapes that rebuild, through words, a lost mental territory. 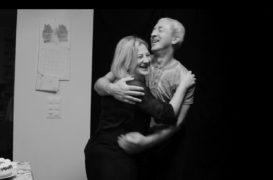 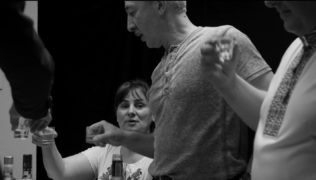