“I’m sorry you’re not here, we could have taken long walks together, as we often did back at your home. You’re not here but I will talk to you and I will look with your eyes”, the Outside World (Le Monde extérieur): in other words, the “village” where the ethnologist-filmmaker lives, an integral and foreign part of his double life. Talking to a friend֫—from New-Guinea—who lives “in a forest away from the world”, Stéphane Breton ventures this time into a marginal Paris: that of pale early mornings and nights lit up by tungsten, of empty streets and  rubbish-strewn pavements, of the banks of the Seine looking like abandoned countryside, a territory peopled with loners and tourists, but perhaps above all, with sweepers and rubbish collectors, with lookouts posted at the gates of the city, insiders of a ritual that enables “a world where waste has taken the place of the thereafter” not to overflow with the surplus that it generates. The primary forest of this film, a kind of Eux et moi in reverse, is that of the multitude of bodies, whose opaque trajectories, in search of convergence lines, cross each other without meeting other than when waiting to be seen. 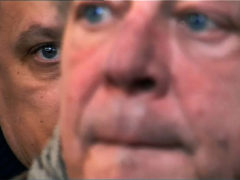 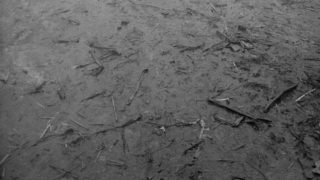