Imagine that Charles Perrault and Gustave Doré were walking in the very midst of green luxuriance, somewhere near Beamaapo, which isn't listed on any map, except that of the heart of Stéphane Breton... Nuages apportant la nuit is a primordial tale, one of those we tell children to fill their night terrors, a dream made of rain, of spectral forest, of its “walkers”, a chaos of sensations intermittently pierced by the noises of industrial civilisation (cars, train, etc.) and bathed in a worrying monotonous chant—the music of Karol Beffa. The still, black-and-white images are only provisional supports, the apparitions encountered on the “road”, that which we take, as always, and which weaves the hallucinated tale of a lost world that the narrator intimately knew. A world from which he has had to run away, before he is no longer able to leave, always in search of the meat, the metaphor for the dream /desire that we incessantly pursue—unless it is the opposite. New-Guinea has become a fiction and Breton shapes his film out of it. 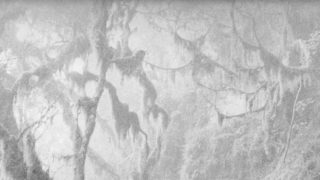 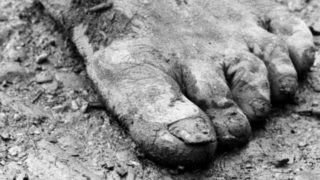 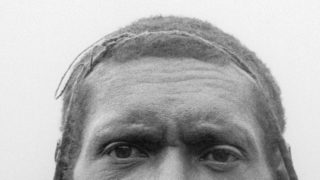