From the lush and green grass of the Kazakh Steppe to the glorifying architecture of its capital, from its giant open-air mines to the traces of invisible nuclear power, Kazakhstan is here captured in fragments. A fake observational film, but a genuine geographical and historical journey, through the remnants of the Soviet past and the contemporary capitalist ambitions of the country.

From the lush and green grass of the Kazakh steppes to the glorifying and ultra-modern architecture of its capital Nur-Sultan, from its giant open-air mines to the invisible traces of nuclear test sites, this film captures Kazakhstan in fragments. The scenes come one after another, like postcards in sparkling colours of a cinematographic journey recorded on 16 mm film, sketching a strange cartography of a country with a nomad identity. The filmmakers of On a Clear Day You Can See the Revolution From Here followed the Ekibastuz-Kokshetau electric power line, constructed by the Soviets, to guide their meandering. This high-voltage line was never finished—the USSR collapsed before its completion—but its route enables the filmmakers to draw a connection between the country’s Soviet past and the cultural traces contained by today’s landscapes. While the territories crossed bear this electric and mineral energy, the people met during this journey—dombra players, folkloric storytellers, or healers—summon up the myths of Kazakhstan. 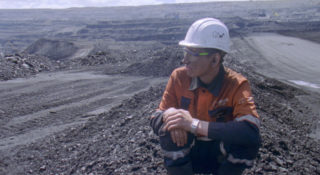 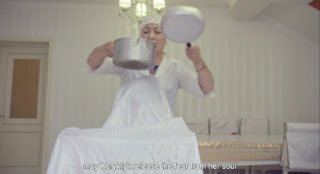 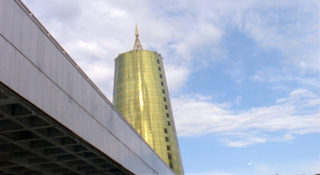