Martha Wollner, legendary casting director, roams the streets in search of an actor to play the role of a criminal. Through the random encounters that Martha undertakes with passers-by found in the New York district of Queens, the film reveals the growing intimacy between strangers with extreme finesse.

Martha Wollner, legendary casting director, roams the streets of New York in search of an actor to play the role of a criminal in a fictional film. In a world in which it is no longer customary to interact in the public space, she dares to talk face to face to strangers. There are those who flee and those who fall into the arms of Martha, who has turned this practice into a form of life in which human encounters, sociological analysis and artistic work are all intertwined. Simultaneously, we hear the voice of a former prisoner recounting the crime that inspired the film. Reality and fantasy then come together like necessary doubles. The camera, set up at a certain distance from the bodies, gives us an image reminiscent of that of surveillance systems, whereas the sound proximity of the conversations invites us to plunge into a framework of unexpected confidentiality. Intimate Distances challenges our definition and understanding of distance, as well as our relationship with urban space, and reveals a growing intimacy between strangers. 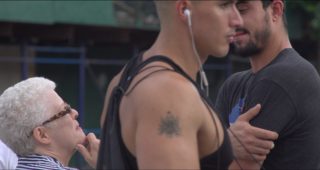 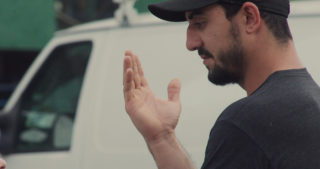 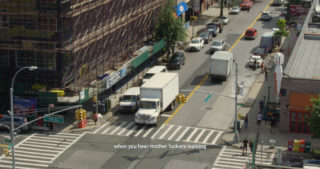 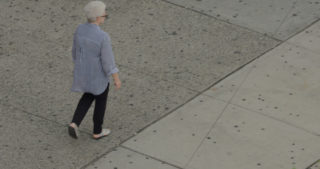