Observed from the outside, and ignoring everything that is going on in Slovakia, one could reasonably come to think that Peter enjoys the numerous comforts of the life of a typical European teenager. He lives with his parents, goes to college, and has an extremely pretty girlfriend. However, that is not the whole picture. His real life is elsewhere. Peter is the head of a paramilitary group called “Slovenskí branci” that recruits hundreds of Slovak teenagers with the silent approval of the leading authorities. Of course, not everyone can join the militia. You must like guns and uniforms, and of course you must hate refugees, foreigners, Roma, and Africans. The group’s goal is simple: get ready for wartime because it’s bound to happen, sooner or later. And while everybody cheers at the “Slovenskí branci”, Peter plans for his future in politics. When the War Comes asks a simple question: how does a fascist paramilitary group rise to power? A frightening and incredibly precise account of how the xenophobic discourse becomes majoritarian while bystanders cheer goose-stepping racists. 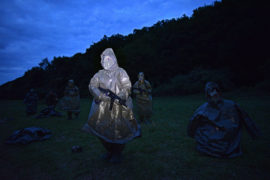 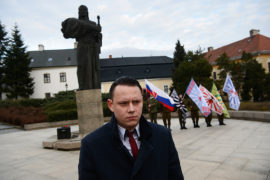