Casabianda, in Corsica, is an open detention facility, with no perimeter walls other than the sea, farmland and forests. Unique in France, it houses around a hundred men, the majority convicted of “domestic sexual offences.” “If the prison held an open day, who would come? And above all, what would they come to see?” is the epigraph that opens the film that Guillaume Massart shot in this unusual place with those who are serving long sentences for having broken a universal taboo. The filmmaker knows who he has chosen to listen to, to approach—rather, he “allows” himself to be approached, as his presence is necessarily an intrusion, here. The dialogue takes form with some of these “deplorables” filmed in 4/3, as if to install asceticism, a listening distance. They commit the act of speech and offer up their lost humanity to the camera, without redeeming themselves. And In the Open draws its strength in this tragic condition, that of men who recognise that they are dangerous, and have no illusions as to the reception that will be accorded to them, outside, by a society swift to appoint its “monsters” once and for all. 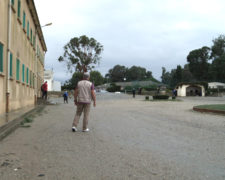 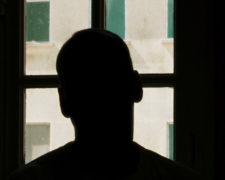