Present around the world in mythology, man’s omnipresent companion throughout History, a source of food, but also of fears, beliefs, rituals that were first pagan then sacred, an object of passion as much as rejection, the pig really deserved an elegy! And here it is with this Histoire du cochon (en nous), which dissects the relationship between man and animal and also attempts to reveal us to ourselves. After all, isn’t the pig’s legendary voracity not symbolic of our own appetite for conquest, of the unbridled consumerism that nothing seems able to impede? Isn't the pig itself subject to this in these times when everything, including culinary traditions, is industrialised on a massive scale? Jan Vromann single-mindedly explores every dimension of our relationship with this fascinating animal, from sacred texts to the ultra-modern laboratories developing the genetic profile of a future super pig, to the search for a fragment of childhood, of the past, of meaning, beyond the nostalgia of a world in which man and animal lived in harmony. 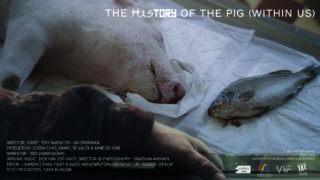 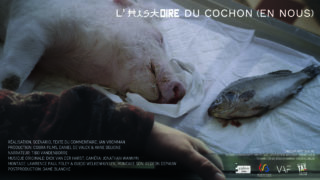