A small child runs around inside a house, with luminous devil horns on his head: these first images echo the devil’s lair that gives the film its title. But the real hell is outside: the harsh reality of the gangs in the disadvantaged Cape Flats region consists of guerrillas, ambushes, drug trafficking and murders. In the 1950s, the government encouraged non-whites to come and settle in this veritable no man's land. Now it is the gangs that lay down the law in this South African Far West, which has one of the world’s highest murder rates. Through Braaim, a gang leader who is attempting to live a double life as a family man and a gangster, we discover a day-to-day existence in which violence, death and drugs are ubiquitous. Filmed without stooping to glorification or to fake good intentions, Braaim’s questions about the present and, above all, the future produce an intimate portrait of rare accuracy in a merciless reality. 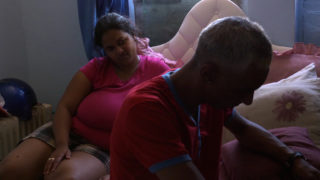 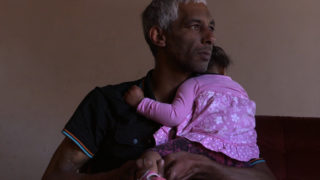 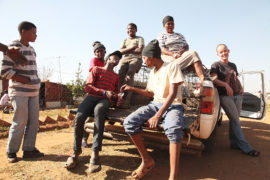