Abu Jandal was Osama bin Laden’s bodyguard before being arrested and repenting. His brother-in-law Salim Hamdan, held in Guantanamo, awaits his trial, which will prove historic. The Oath, the second part of Laura Poitras’ trilogy about the United States post-9/11, is a gripping political thriller interweaving the fates of two men once involved with Al-Qaeda, for which Kirsten Johnson holds the camera.

Nasser El-Bahri, alias Abu Jandal, was Osama bin Laden’s bodyguard from 1996 to 2000 before being imprisoned by the Yemeni authorities, and repenting. His brother-in-law Salim Hamdan, chauffeur for the head of Al-Qaeda, was arrested after the attacks on 11 September 2001 and incarcerated in the American detention centre in Guantanamo, Cuba. The film intercuts interviews with Abu Jandal – now a taxi driver in Sana’a, who makes contradictory statements regarding the oath he swore in the past to the jihadi organisation and his current beliefs – with the developments in Salim Hamdan’s trial in Guantanamo, a historic milestone that will severely challenge American jurisdiction and legislation on the international scene. From the fates of these two men, the director Laura Poitras constructs a dizzying political thriller, in the second part of her trilogy devoted to the post-9/11 U.S.A. and its “war on terror”. This multi-award-winning film received a prize at the Sundance Festival for Kirsten Johnson’s cinematography. 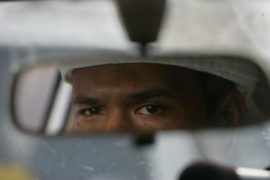 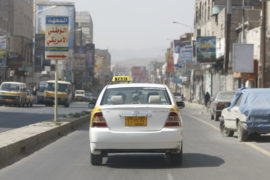