Kirsten Johnson has worked as cinematographer for more than 60 documentary films. She uses these captured moments to compose Cameraperson, a film record of the images that have stayed with her over 30 years. This is a deeply moving work of great humanity, delving into the private life of the woman behind the camera and the people she has filmed.

Kirsten Johnson has worked as a cinematographer for more than 60 documentary films over the past 25 years. She uses these moments captured all over the world to create Cameraperson, a film record of the images that have stayed with her. Far from making a collage that would be the sum of her work, Kirsten Johnson challenges the relationships between the filmer and the filmed, in particular what plays out on each side of the camera as part of the cinematographical device as well as what goes beyond it. Whether in Foča in Bosnia and Herzegovina on the site of an ethnic cleansing, at a boxing match in Brooklyn, in a maternity ward in Nigeria or with her mother suffering from Alzheimer’s, she reminds us that a human relationship is always at work, transcending the technical device and producing unique moments of film and exchange. This is a deeply moving work of humanity on the power of film, delving into the private life of the woman holding the camera and the people she has filmed. 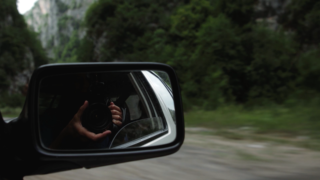