A radiography of a bereavement, a variation on subterfuge and spirits, the first and—to this day—only documentary film by Emmanuel Carrère, is different from anything known, if not from what enlivens his books. The medium changes, the investigation remains, seeking out the latent fiction beneath the reality of other lives but his.

In 2000, Emmanuel Carrère sets off to a first shoot in Kotelnitch for TV show Envoyé spécial, following in the traces of a Hungarian prisoner of war who had been locked away for 55 years, forgotten by everyone, in the psychiatric hospital of this small town lost on the edges of the Ural. There, he meets Ania, a Francophile and compulsive liar, and her fiancé Sacha, a local FSB officer. Returning two years later, he finds the “romantic” couple again, only to learn some time later that Ania and her baby have been savagely murdered by a madman. He then returns one last time to film a Russian family struck by misfortune. By organising the collected material in the editing room, Carrère seeks less to erect a suspicious mausoleum in memory of the deceased than to impose a reflection, through the image, of his own place. Retour à Kotelnitch thus appears like an investigation, a “report” on the way in which the writer-filmmaker is affected by the film, and how he moves from the distanced observation of reality to his own assimilation, body and soul, in the story he seeks to tell us. 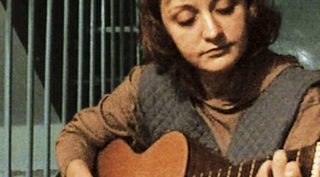 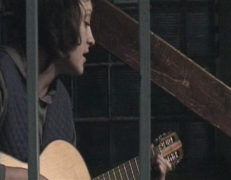 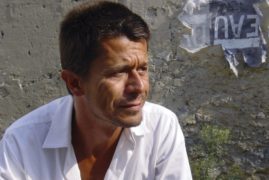 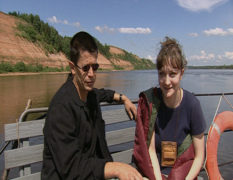