The voice of an unknown woman reads letters addressed to her by a freelance cameraman, Sandor Krasna, who, from Japan to Guinea-Bissau via Cape Verde, reflects upon the representation of the world of which he is the architect, and the role of memory that he helps to shape. Chris Marker, at the peak of his art, quite simply.

An unknown woman—Florence Delay—reads the letters sent to her by a freelance cameraman, Sandor Krasna (one of the many pseudonyms of Chris Marker), who travels the world, drawn by what he calls the two “extreme poles of survival”: Japan and Africa, more specifically Guinea-Bissau and the Cape Verde islands. To describe Sans Soleil, a plentiful and meditative poem-essay, in a few words is almost impossible. This absolute masterpiece by Chris Marker (1921-2012) was made at the beginning of the 1980s with scant resources described, not without humour, by the author as “a 16mm Beaulieu silent film camera with 30m reels—2’44 of battery life!—and a small tape recorder—not even a Walkman, which did not yet exist… The only sophisticated element—for the time—was the Spectre video synthesizer, borrowed for a few days”. From this assumed technical “poverty”, Marker elaborates a fascinating audio-visual spiral composition that envisages cinema as a “machine for mending the fabric of time”. 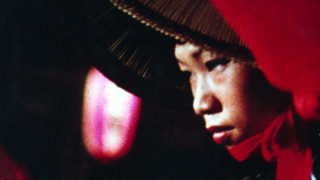 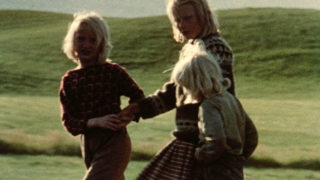 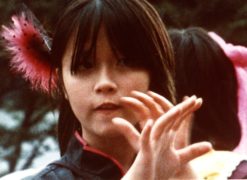