En Touré Inza Junior made the crossing from the Ivory Coast to Italy. Restless, he dreams of France but everything seems to work against his hopes. Will he be able to make it there? Joël Richmond Mathieu Akafou (Vivre Riche, Best medium length film, VdR 2017) directs a new powerful film on the hopes of young Africans.

Touré Inza Junior, better known by his friends as Bourgeois, is a young man hailing from the Ivory Coast. He made the difficult crossing filled with unpredictable perils and now lives in Italy. But he is still restless and wants to move, as he does not like to feel stuck in one place. Living in an NGO-led refugee camp, he waits anxiously for his temporary visa in order to organise his life. The wait seems endless. He dreams of making it to France where one of his girlfriends lives. Trying to get by on a daily basis Touré Inza Junior decides to take once again his fate in his own hands just like in Joël Richmond Mathieu Akafou’s previous documentary, Vivre riche (VdR 2017), which also focused on him and his friends back in Ivory Coast. The film earned the Sesterce d’Or for the best medium length film and went on to gain many awards and accolades all over the world. Traverser is the new chapter about the possible future and hopes of some young Africans in Europe. A bold and accomplished film that echoes the lessons of the Italian neorealism. 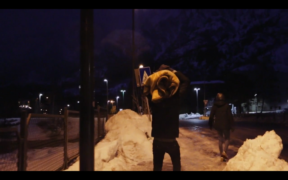 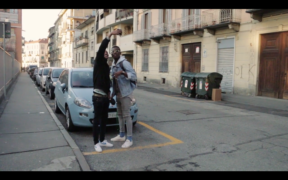