After leaving the Naxalite–Maoist insurgency, still active across many states of India, Somi and her husband live with their two small children in a settlement they built with other former comrades, in anticipation of their reintegration. But the central government they fought against, armed, seems to deny them a future and redemption. A moving film of resilience awarded at IFFR - International Film Festival Rotterdam.

Created in the east of India before spreading across different states, the Naxalites have been fighting since the 1960s for the rights of “Adivasis (tribal communities) and to a lesser extent for the “Dalits” (the low caste), both representing a quarter of the Indian population and living in extreme poverty. For New Delhi, they represent the biggest threat to the State's security, averted through a “pardon” policy, in exchange for their surrender. Somi is expecting a new child. Along with her husband, she has put down her rifle to live in a camp with other reformed fighters, and to offer their eldest, Dadu, the education they never had. Arya Rothe, Isabella Rinaldi and Cristina Hanes filmed in immersion over a long period their condition of ex-combatants as the spouses find themselves in an almost inextricable situation. The governmental “pardon” is limited to the incessant questioning of a past with which they are trying to break, further complicated by red tape. A Rifle and a Bag subtly shows the mechanisms of a hard-to-find reinsertion within a rigid social organisation, which is effectively holding Somi and her family as hostages. 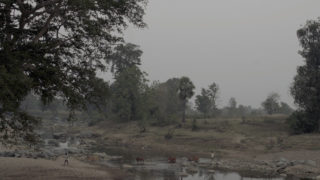 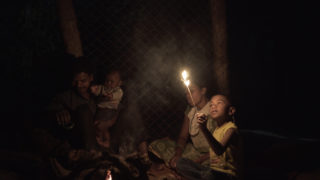